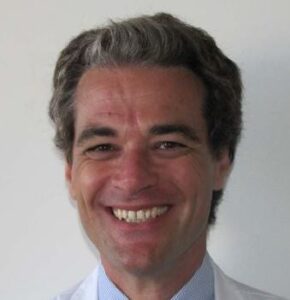 Alessandro Gronchi MD received his MD degree from Milan University in 1992, completed his residency training in General Surgery in 1997 and a fellowship in Surgical Oncology in 1998. He holds the National Scientific qualification for full professor of General Surgery. He is chair of the Sarcoma Service at the National Cancer Institute – Milan – Italy since 2001.

He runs the institutional Sarcoma Data Base, which gathers information on over 10000 patients affected by soft tissue sarcoma (STS), desmoid-fibromatosis (DF) and GIST, treated over the past 3 decades in Milan. He is involved in all institutional research activities on sarcoma, which include neoadjuvant therapies in extremity and retroperitoneal sarcomas, new targets for specific STS types, genomic characterization of DF and its impact in tumor progression, mechanisms of resistance to therapy in GIST. He is the Principal Investigator of several Italian and International trials on STS, DF and GIST.