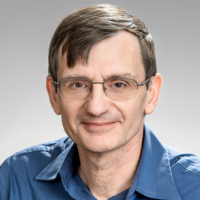 Joseph Germino graduated from Duke University in 1984 with an MD-PhD.  He completed an internal medicine residency at Yale University followed by fellowships in medical genetics and then medical oncology.  After serving on the Yale Medical Oncology faculty for several years, he joined the faculty of CINJ in 1995.  During this time, he treated patients with melanoma and sarcoma and pursued basic scientific research on the cell cycle.  In 2006, he joined Bayer Healthcare as an associate director in the US Medical Affairs, Oncology section.  As part of his responsibilities, he helped oversee the investigator initiated research and Medical Education programs for sorafenib as well as supported the sNDA for sorafenib in HCC. In 2009, he was promoted to Vice President US Medical Affairs – Oncology.  In the intervening years, he has supported the sNDA for sorafenib in DTC, regorafenib in CRC and GIST, Larotrectinib for nTRK fusion cancers, copanlisib for indolent non-Hogdkin’s lymphoma, radium 223 dichloride for men with metastatic castrate resistant prostate cancer and darolutamide for men with non metastatic castrate resistant prostate cancer.  As head of the Oncology US Medical Affairs division, he now oversees cooperative group, investigator initiated research proposals and CME proposals for our portfolio, including the NCI trial of sorafenib in desmoid tumors.